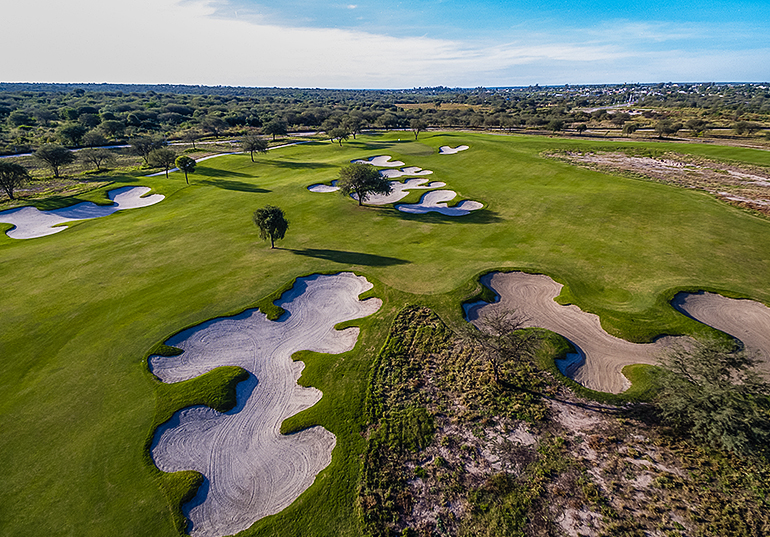 Termas de Rio Hondo Golf Club, RTJ II’s first design in Argentina, closely hews to the master architect’s philosophy of fitting the course to the surroundings and not the other way around. Since opening in mid-2018, the course has been widely applauded for its integration into the rural character of Santiago del Estero Province in the northern part of the country.

The course is also part of a concerted effort to grow tourism in the primarily agricultural region, joining a world-class Formula 1 and Grand Prix motorcycle racetrack, new airport, national museum of art and history, and a habitat preserve. The intent, according to Jones, was to build a course “that will attract people to the region who will want to stay and play for several days.”

Those lucky—or smart—enough to seek out Termas de Rio Hondo will find an intriguing combination of environments, a mix of wet and dry. While arid and sun-drenched like large parts of Nevada or Spain, the course also plays along the Rio Dulce (“Sweet River”) and encompasses a large area of wetlands and marsh. To thrive in this mixed geography, the course is planted throughout with Paspalum grass, which makes the most of the salty soil as well as the region’s sub-tropical climate. The year-round summer-like conditions also mean year-round play.

The other notable characteristic of the region is wind, which has been accommodated on the course with wide fairways and greens that accept shots that come in low and running. In fact, the real keys to success here are a good ground game and a fertile imagination.

RTJ II’s team exercised its collective imagination in designing the course, creating two holes—numbers 6 and 9—that can be played either as par fours or fives, along with hole 15, which can be either a par three or four. That means the course will play differently every time someone takes it on, while the inherent flexibility expands the yardage from 5,137 to 7,510 yards and par at either 72 or 73. 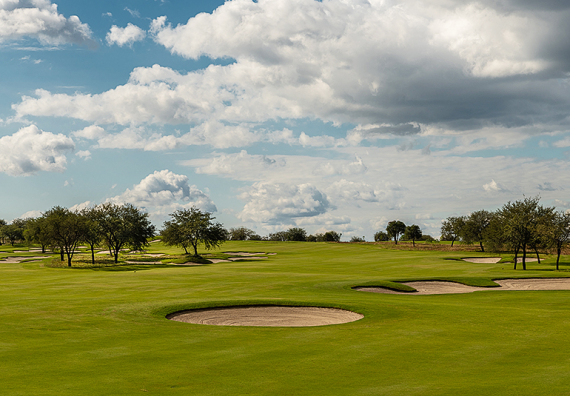 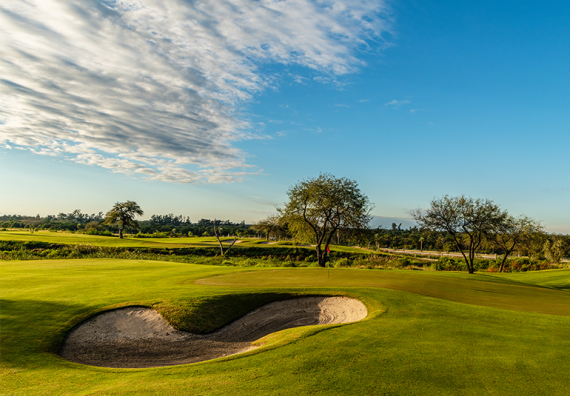