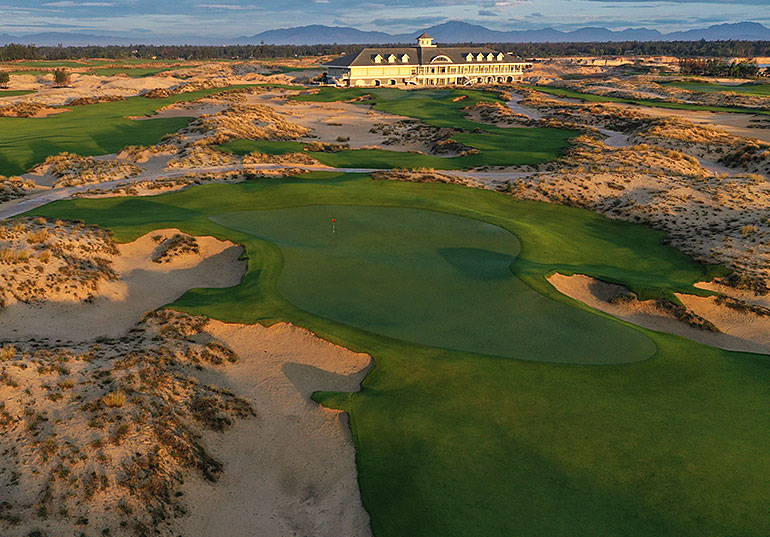 Over the past few years, the golfing profile of Vietnam probably has risen faster than any country on earth. Hoiana Shores is one of the reasons why.

Robert Trent Jones II, LLC’s (RTJ II) first course in that beautiful country, Hoiana Shores is the cornerstone of Vietnam’s most ambitious resort development, an investment of 2,400 acres and more than $4 billion. And the course, which opened in 2020, is more than equal to its surroundings. Every inch of turf was carefully laid atop a pristine natural environment stunningly highlighted by dunes, beach, native grasses, and steps away, the Eastern Sea.

To create what the architect calls a “soft links” in the tropical climate, special strands of drought-tolerant turfgrass were employed, guaranteeing play will be firm and fast. The course stretches to par 71 and 7,000 yards, but those numbers can be as deceiving as the wind that comes in off the water. To handle whatever Mother Nature has in store, the fairways are very wide and accommodating; however, not finding the fairway will take its toll on the golfer’s score.

RTJ II and his team emphasized the naturalness of the terrain by incorporating “ribbon” tees that seamlessly become fairway. The concept of merging different areas of terrain together extends to the unusually large greens, where many of their contours flow into the contours of the dunes, creating a feeling of naturalness most golfers will never have experienced. Furthermore, by expanding and emphasizing the green complexes, players will have to get creative to get their shots to finish by the hole.

Even the holes themselves have a more natural feel, as they are marked not by flags but by red lanterns similar to the ones that famously light up the Old Town section of nearby Hoi An, the historic port city and UNESCO World Heritage Site just 10 miles away.

According to RTJ II, playing Hoiana Shores “will be an emotional experience. I call it Alpha-Omega golf: Alpha on the tees; Omega on the greens. In between you have life.”

Show on most recent awards sidebar
On 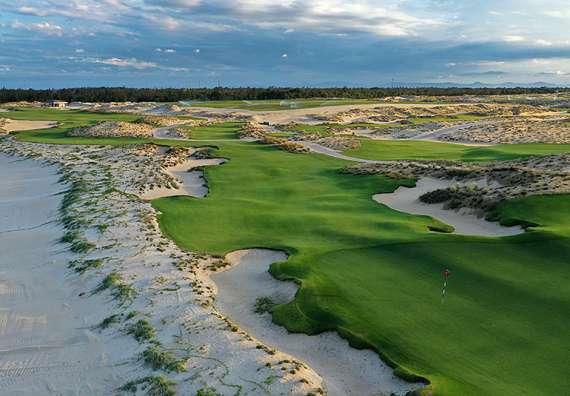