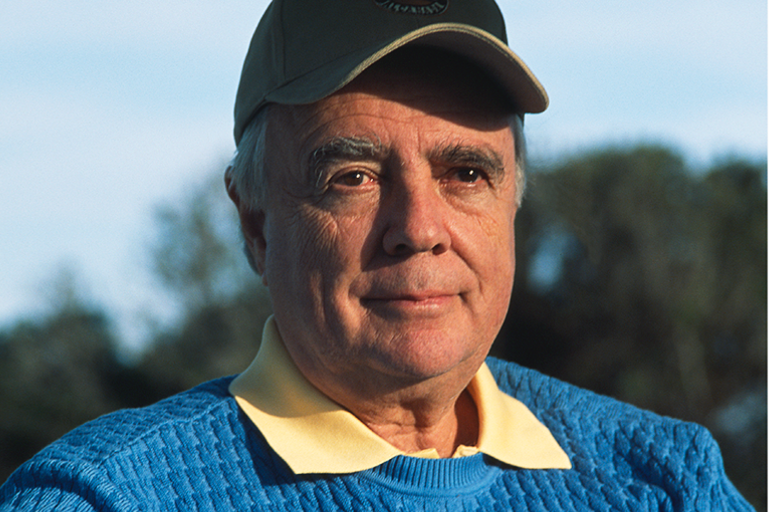 Bob learned about golf at Winged Foot Golf Club from the legendary Tommy Armour, who not only taught him the techniques of good golf form but captured his imagination with the game’s folklore. After studying geology and majoring in history and American studies at Yale University and attending a year of law school at Stanford University, Bob joined the family business.

His earliest experience was working alongside his father, Robert Trent Jones Sr., on the legendary Spyglass Hill Golf Club in Pebble Beach and other projects in the 1960s. After apprenticing with his father for several years and running west coast operations, Bob expanded into Asia with solo international efforts.

In 1972, he left his father’s firm and set out on his own by founding Robert Trent Jones II Golf Course Architects. Known as an early advocate of environmentally sensitive golf course design, Bob respects and embraces the land in his work. His mantra is “to listen to the land.”

“The very best courses are those where nature has provided the canvas and my job is to discover her secrets and reveal them,” he says. “I try to design golf courses that will fascinate people so they’ll want to play them many times and learn the depths and meanings of the courses’ stories, their subtext, their poetry.”

Truly a renaissance man, Bob also is an accomplished author, journalist, and poet.

He is a member of the California Golf Hall of Fame; a long-standing member, former president and board member of the American Society of Golf Course Architects; and the recipient of numerous industry awards and honors.

Where to find this

Inducted into the California Golf Hall of Fame (1991)

Redesigned White House putting green for Bill Clinton (1985) RTJ, Sr. originally designed it in 1954 but it was removed in the 1970s)

Long-standing member, former president (1989-1990), and current board member of the American Society of Golf Course Architects