The Links at Spanish Bay 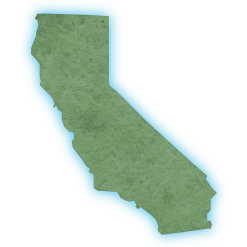 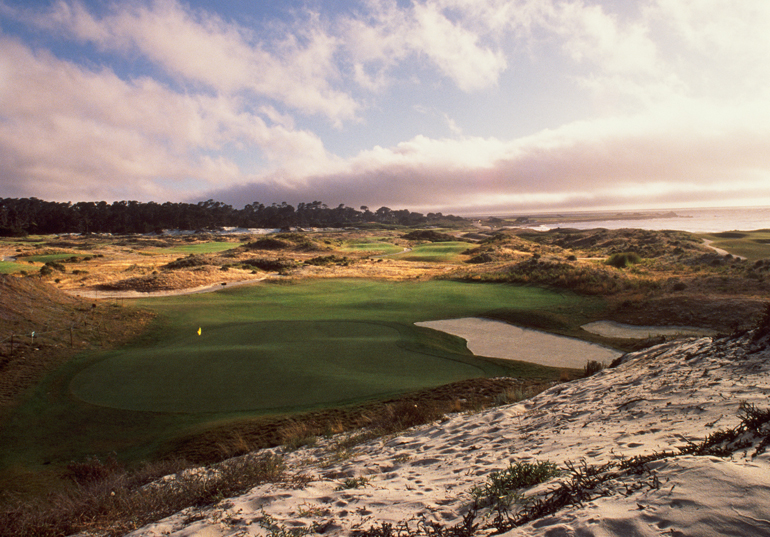 Two miles south of historic Monterey along the rugged California coastline, not far from its celebrated sister, the Pebble Beach Golf Links, sits the 6,820-yard Links at Spanish Bay. Robert Trent Jones, Jr., assisted by Tom Watson and Sandy Tatum, tucked this modern links course between the ocean and the famous Seventeen Mile Drive. Even though it may lack the storied history of Pebble Beach, The Links at Spanish Bay provides as much or more golfing enjoyment as its older sibling. The course combines classic links styling and strategy with innovative design themes. Above all, the designers had to meet the technical challenge of recreating natural looking dunes with thousands of yards of imported sand. The design also had to accommodate and protect an endangered plant. Tom Watson said of the result: "Spanish Bay is so much like Scotland you can almost hear the bagpiper." In fact, players who finish near dusk will hear a bagpiper playing outside the Inn that overlooks the Links.

As on the best British links, Spanish Bay invites you to hit normal shots (here, "normal" may mean into a 40-knot wind), or to keep the ball low, bumping and rolling it onto the undulating greens. Virtually every hole involves a surprising journey, and even the shortest holes require laser accuracy. Careful attention to your yardage book will help you negotiate pot bunkers, hummocks, double-dog-legs, deep fescues, and at least one green that presents a vale of tiers.

The opening hole makes a bee line from the clubhouse down to the ocean. The 307-yard second hole might elicit nonchalance on the tee because of its length, but it's a good, sandy test of every player's driving skill. On the front side, holes three and five also play down to the crashing waves. The sixth is 418 yards of fairway accompanied by bunkers along its entire right side, the sandy way home funneling tighter as the fairway approaches the green.

The first three holes on the back nine evoke a parkland feel as they meander through elegant Monterey pines before the par-five fourteenth brings you back to the ocean. Number fifteen, called "Missing Link," requires a drive to an island landing area left of bunkers, and a second shot that ascends gorse and dunes to a wavelike green. 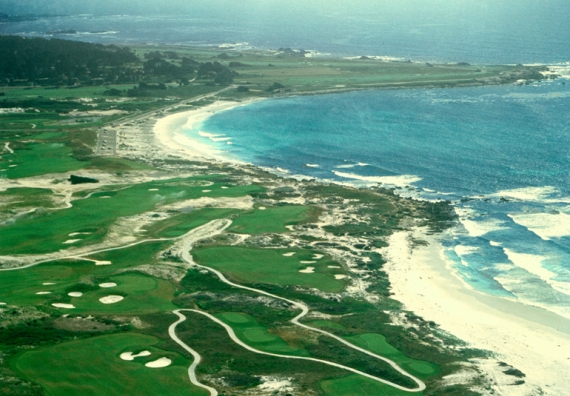 Photo: Courtesy of The Links at Spanish Bay 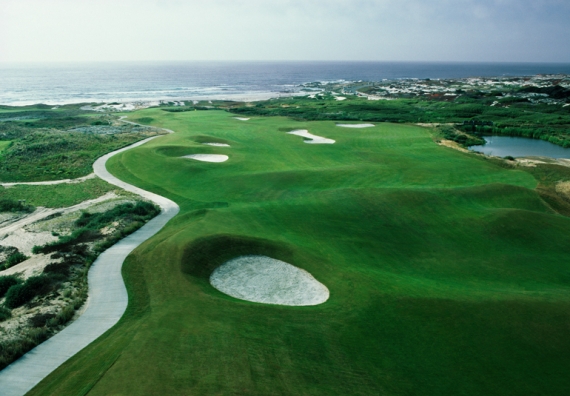