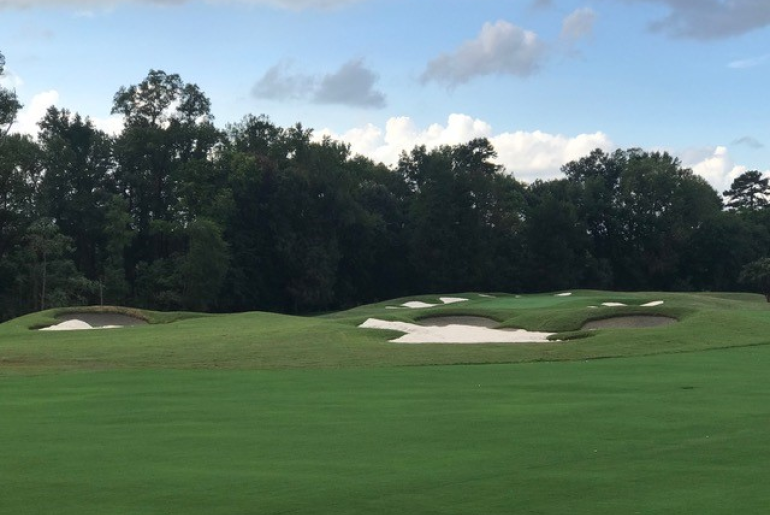 The master plan, prepared at the request of the Forsyth County Parks and Recreation Department, called for refinements to many elements of the golf course, notably all bunkers, tees, tree management, and resurfacing the greens with new turf.

“The changes are outstanding,” reports Michael Wilcox, Tanglewood Park’s Director of Golf. “The updated playability, strategy, and picturesque vistas will create a unique and memorable golf experience. Once the newly grassed areas are fully established, the Championship Course will once again be one of the premier public courses in the U.S. A new chapter at Tanglewood has begun.”

“I give the officials in the Forsyth County government a big standing ovation for realizing the tremendous asset that the Championship Course at Tanglewood Park represents to their County Parks System,” says Bruce Charlton, President and Chief Design Officer of RTJ II. “Our intent was to update the course in keeping with the RTJ Sr.’s design philosophies while polishing this gem to meet the demands of today’s game. It has been a pleasure implementing our visions in collaboration with Richard Mandell, an ASGCA member based in Pinehurst, N.C.”

Both Wilcox and Charlton noted the contributions of course superintendent Lee Barefoot, The Wadsworth Construction company led on this project by Matt Lohmann, and consultant Steve Johnson of Brown Golf Management.

Members of the media may contact Karen Moraghan at Hunter Public Relations by clicking the link below and submitting the form.